Riding the Wave of Over The Top Video Streaming

In this article I will examine the growing trends of Internet Mobile video and how consumer behaviour is rapidly adopting to a world of ‘always on content’ and discuss the impact on the underlying infrastructure. This is very important because we often assume that the Internet has infinite capacity and we can get frustrated by buffering, which wouldn’t happen with our satellite and terrestrial TV services.

This pattern also follows other observed trends in social media, namely twitter, facebook and instagram, which provide consumers and producers with a highly valuable return path on the content, that they’re engaged with. It’s also a double edged sword in what they can provide is both positive and negative feedback, this can affect the brand in unexpected ways.

The source of this analysis comes from Cisco’s excellent Visual Networking Index, updated annually, which tracks the growing usage patterns across mobile and non-mobile devices. The most recent mobile data is from February 2016 and makes a compelling argument for anyone involved in providing video services, to review your infrastructure hardware and software stacks, to meet this oncoming problem head on. As customers expectations have changed over the past few years, you’ll need be prepared to cope with a 50-100% traffic growth every year, for the next 4-5 years.

According to the US Census Bureau the world population will reach 8 Billion by 2025 and by 2020 there will be up to 5.5 billion mobile users across the globe. If we take a closer look at the individual regions, we can observe that the fastest growing location will be in Asia Pacific. 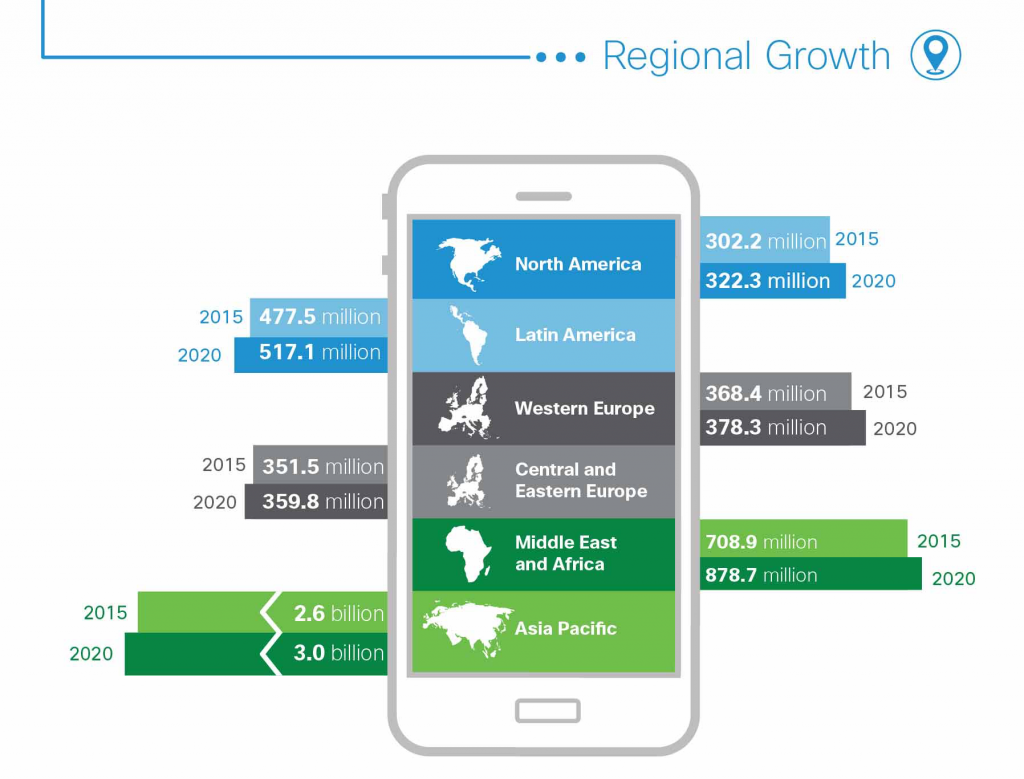 The data shows where the global opportunity lies, with up to 2.8 devices per capita in developed countries and over 1 elsewhere, which is provable in our modern connected world where your phone is the one device that you are never without. 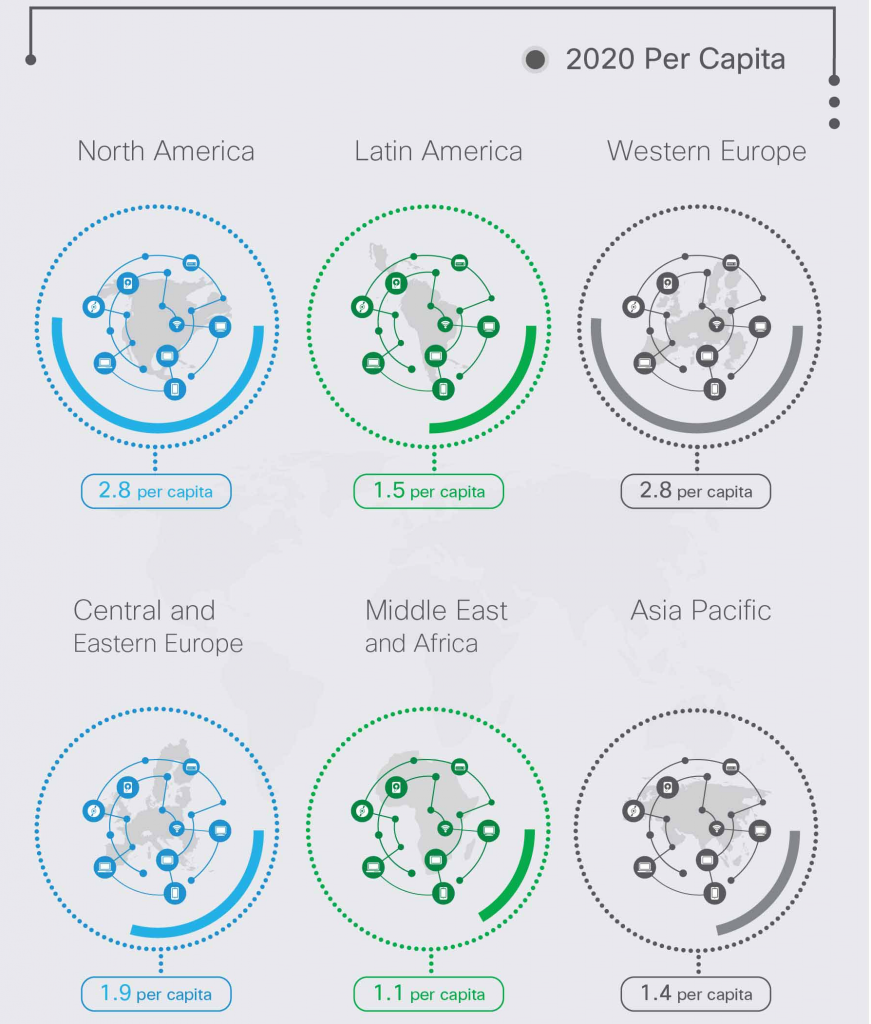 With rising population affecting the growth of consumer device, we have a correlation in average mobile connection speeds.  As mobile providers continue to build out their networks for 4G it is probable that this will be the standard by 2020. We may also see some limited 5G services by the end of the decade, with its promise of 3-4x speed improvements in urban areas. 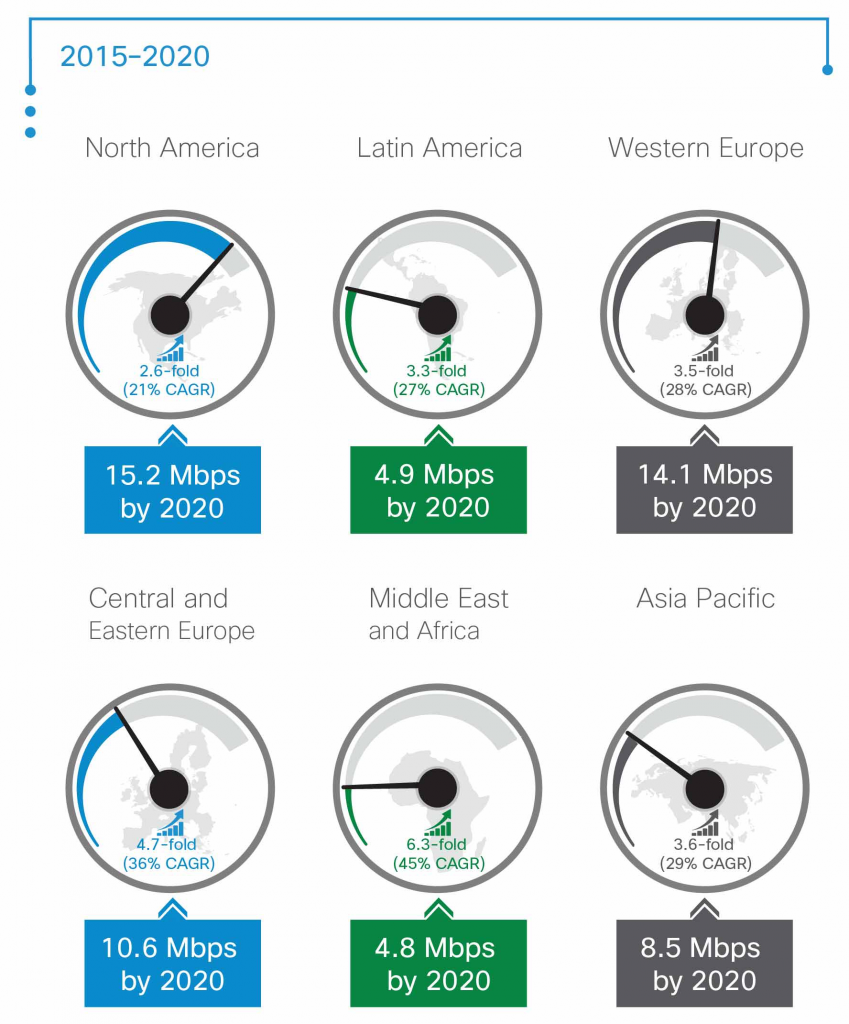 The global growth in Mobile video service penetration, with almost 50% of consumers expected to consume online video on a daily basis; determines the number of mobile devices, which is increasing rapidly.  In some countries it is the only means consumers have of accessing the Internet and video. We also observe the large growth in mobile commerce, as companies take advantage of consumers willingness to be marketed to directly, and their desire to be engaged with brands. See chart below. 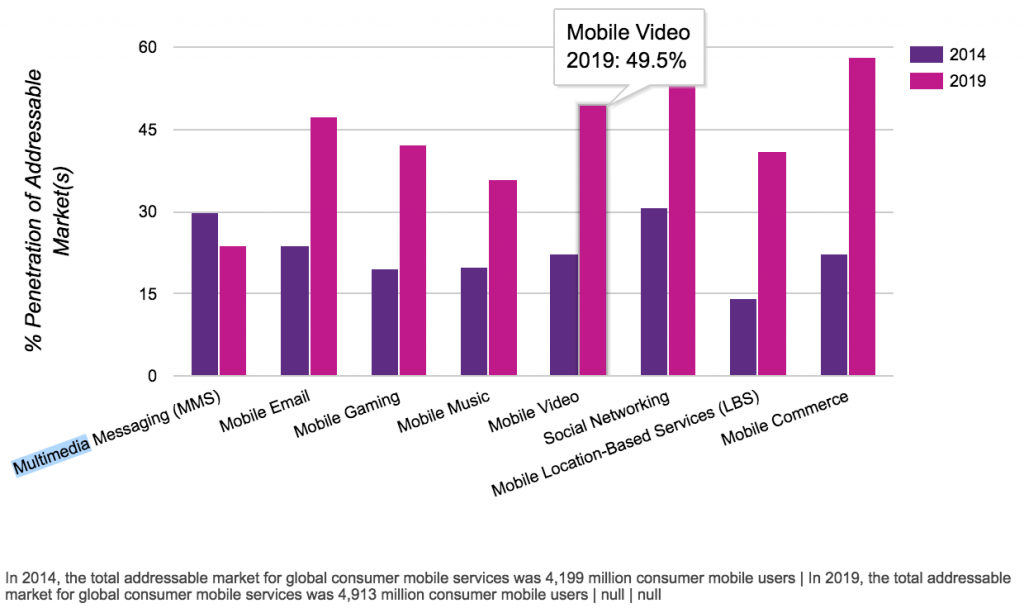 A key finding of Cisco’s forecast, for global mobile video shows traffic levels increasing from 55% to 75% by 2020, and evidently predicts population growth and traffic speeds, coinciding with previously mentioned trends. Non-mobile video traffic numbers are expected to reach 80% by 2020, which supports my initial observation of why we need to scale the Internet, to cope with this oncoming tidal wave of consumer demands.

The frightening statistics of this graph particularly for an ISP or Telco, are because it shows the quantity of Internet video in Exabytes, with mobile shown in light blue and non-mobile in dark blue. In the world of Mobile Network Operators or MNO’s, one thing that will have to evolve is the consumer billing model. ‘Passed voice’ revenue it out of date, with the majority of consumer billing being for data services, with the trend of consumer video MNO’s needing to have much more flexible pricing plans, to attract customers and reduce churn. 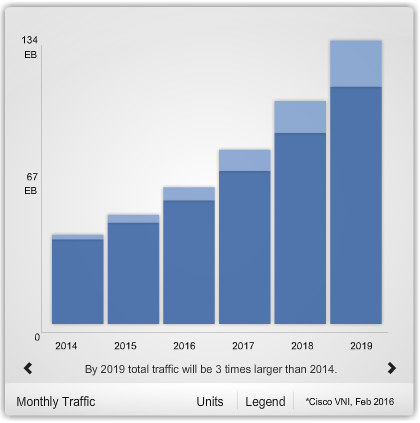 If your involved in providing consumer video services over the Internet, you may want to consider your approach to changes in consumer behaviour and in particular the flash crowd problem, typically peaking for example, during sporting events. One common approach is to use a Content Delivery Network or CDN to offload the peak crowds but even then you may need to consider multiple CDN’s to avoid single points of failure.

Very honoured to have been asked to moderate Session 6 today at the Mile High Video Conference on Industry Trends https://mile-high.video/ and we have six fabulous speakers and please register for free to join us and ask questions #mhv2020

Herman Munster’s words of wisdom in 1965.

So tomorrow sees the start of the Sky UK HDR story. I can’t begin to explain how much work it has taken and how many people have been involved along the way.

Thank you Josh for bringing thoughtful clarity and integrity to this crisis https://twitter.com/ReformedBroker/status/1264907462806835201

Theme by Anders Norén — Up ↑